We are Open to the public. Pursuant to Federal, State, and Santa Clara County COVID-19 (Coronavirus) guidelines regarding social distancing, ALL visitors must call the office and schedule an appointment BEFORE visiting our Offices. NO WALK-INS PLEASE. All visitors are required to wear Personal Protective Equipment (PPE) and not be ill or sick. Thank you for your cooperation.

Whether you face inadmissibility or deportability, removal proceedings depend upon whether or not they were lawfully admitted to the United States. Since immigration laws, rules, and procedures are constantly changing and are inherently complex, it is important to obtain competent legal representation at the early stages of such proceedings.

Appeal of a Removal Order

A removal order issued by an immigration judge can be challenged or appealed to the Board of Immigration Appeals (BIA). If the BIA upholds the removal order, the decision can be appealed to the Federal Court of Appeals with the appropriate circuit. It should be noted that the filing of an appeal with the Board of Immigration Appeals and Federal Court of Appeals involves strict procedures and deadlines. Failure to follow those procedures and to meet the deadlines may result in rejection of your appeal.

At The Ahluwalia Firm, Our Emphasis is on

For additional information about our ability to improve your prospects when you are facing removal and deportation proceedings, including bail bond hearings, contact us for reliable advice. 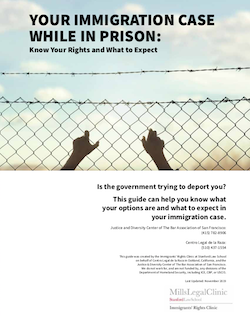